I could be the only Montreal Jew I know who has avoided going home to Israel, despite dangling freebie trips and subsidized holocaust-to-the-holy-land tours. It’s true I was a crack fundraiser for the Israeli dream as a child in private, Jewish school, but I didn’t want to fall for a soldier (let alone be one) and burn my fire in the pit of nationalism- no matter the crazy-making history that inspired it. Instead, I dedicated myself to the creation of art, diving into the fear and glory of the human heart. I am far from alone. 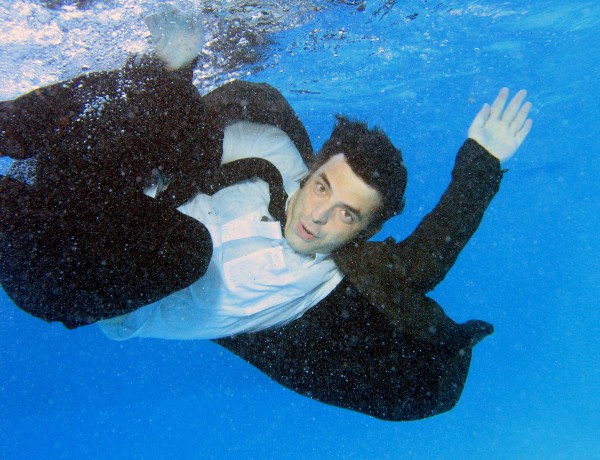 Meet Etgar Keret; Israel’s rock-star writer and prize-winning filmmaker with the undeniable holocaust pedigree, who smacks our fleshy cards on the table with his emo-essays and wild-haired tales that are perfect for the wee-attention span of the inter webs, as they get to the point, to the aching heart of the matter but fast. I am hankering to meet this non-politico provocateur and self-proclaimed lousy soldier who describes his wife as smart, but I will be dancing the hora in the City of some Jews (Miami) while Keret is prancing through Montreal as it springs to life on April 21, with the English-language release of his latest collection of earthly delights, Suddenly, a Knock on the Door.

Etgar agreed to meet me on the page:

What are the first words you ever wrote?  ‘I love my brother’. But that’s because my older brother, who had taught me how to write, made me write them.

What’s your writing routine?  There is no routine. I only write when a story comes.

Do you like your own writing?  Hey, I’m my stories’ dad. If I won’t like them who will?

What does being Jewish mean to you? I can’t answer this one without using my hands.

What scares you the most? Losing people who are close to me.

Do books have a future?  Stories have a future. The form is less important than the essential truth that people will always want to tell and to hear stories.

If you could smoke a doob with another writer, who would it be? Oh, I’ve already smoked with him but I’m too discreet to tell.

If you couldn’t be a writer, what would you be?  Sad.

What would you title the story of your life? Yearning burning hemorrhoids.

Etgar Keret will heat up the stage at Montreal’s literary bonfire, the Blue Metropolis Festival on April 21, and sit cozy at the Jewish Public Library. Please go bask in his dark/light… for me.

FYI, Etgar Keret is a regular contributor to the fantabulous ‘This American Life’. Just sayin’.

Check out ‘Make Art, Not War’ re-posted on Montreal’s Rover!

The Truth and Everything but

The Truth and Nothing but

Mom & Dad, 7 years after we buried his body in the earth. It wasn’t the loss I expected; he lives on in me.