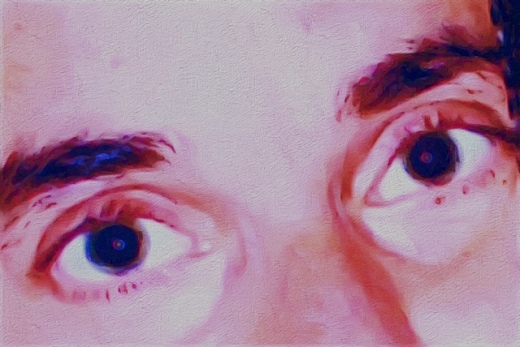 It was New Year’s Eve, 1986, at the tarted-up Diplomat Hotel in Hollywood, Florida. I slipped inside a glittering ballroom: bushy-browed, sensitive, head-to-toe in black, searching for a shadowy perch where I could observe the action from the back.

The joint was on fire. There was no place to hide. I sat on a bar stool in the corner, watched and felt it all: big hair, flashing skin, lonely hearts and a throbbing beat, thrashing on the dance floor, waves of wanton need.

I’d been tee-totalling scotch and fielding offers all night at the boozy trough, when I lifted a fresh cigarette to my lips and a sky-eyed, curly-blonde guy from Jersey murmured, hey you, in my ear and offered me a light. The flame of his lighter blew like a torch; we laughed and shared our first joke. He wasn’t at all my type, but when he softly said, my name is Pauly, my lips parted and I told him mine. He smiled so crookedly, I have to admit, I was kinda charmed.

I learned a lot about Pauly that night: his life was inked in colour on his arms, he sold stuff for a living out of the trunk of his car, and his soul was touched by my open mind and heart. When I told him I was a writer and that my field of study was love, he kissed my cheek and whispered, I never met no one like you before.

The party hit its peak. The new year exploded with a chorus of screams. Open, broken hearts and pounding, salty heat. Pauly looked at me and I said, let’s go upstairs.

He had a room beside the Atlantic, we were naked under the moon. I remember the tenderness of his lips, not the sex, and his black satin bathrobe with the mad dragon that made me laugh.

When it was over, Pauly seemed emotional, upset. He sat in the corner by the window and left me alone in the king-sized bed. He said he had a question. I had no idea what he meant. He tightened the sash around his waist, and asked, in the softest voice, if I had ever killed anyone.

I lit a cigarette and so did he. The moon swooned with smoke. If I answered, I’d have to ask him back. My mouth opened and the question fell out. I couldn’t help myself, I had to know.

I never told no one before.

Pauly pushed open the window and the ocean roared. He said that his young cousin, a bright, young Jersey girl was walking home from school one day, when someone grabbed her from behind and dragged her into a car. A teenage boy raped then murdered her, and put an end to her beautiful life.

His answer shocked me to the core. I hugged myself, but was not afraid.

Everyone in their town knew the kid who did it and believed he would be thrown in jail, but he was 17, underage and his mother gave him an alibi. When Pauly realized that his cousin’s rapist and killer was going free, he went to the store and he bought a gun.

The waves crashed around him, flooding the room. We cried and I held on to the bed. Pauly looked deep into my eyes, but he didn’t drown. 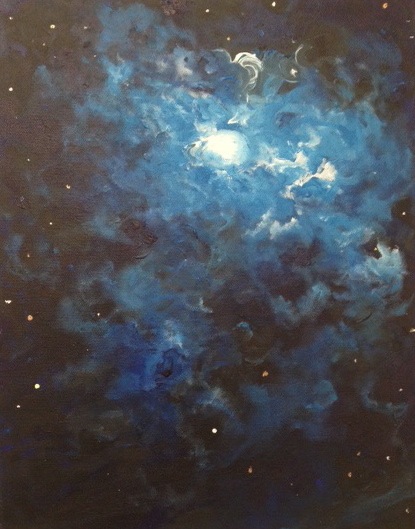 Names and places have been changed.

FAN THE FLAMES: Help support the telling of my stories…

GOOD NEWS FLASH: The gush of allegations against Jian Ghomesi and Bill Cosby is opening up a vital, new dialogue about the historically ignored and hidden truth of sexual violence against women and some men in our world, and as hard as it is to face, it is about time. Keep talking, people. We need to acknowledge and empower the victims, prosecute the abusers, educate ourselves and our children, and create a new paradigm for respect and love.

Check out: #FergusonNext: 5 Paths to Progress, after Non-Indictment and think about how we can unlearn racism and help change the world.

Tali’s unforgettable story Love & Squalor in the Middle East, Part 1 has been re-titled and published in the Huffington Post, right here!

25 Responses to I Never Told

Mom & Dad, 7 years after we buried his body in the earth. It wasn’t the loss I expected; he lives on in me.